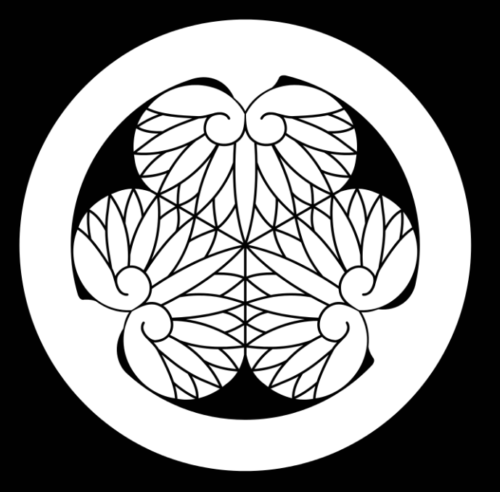 Tokugawa Yoshiatsu(1832 – 1868) was the 10th feudal lord (Daimyo in Japanese, head of state) of the Mito Province of Japan. The place name Mito still remains as the capital city of Ibaraki Prefecture. It is about 150 km away from today’s Tokyo. As Yoshiatsu’s family name “Tokugawa” shows, he is from the family which ruled Japan for more than 250 years, starting from the famous samurai lord Tokugawa Ieyasu in 1603 to 1868. The last Shogun (top of the samurai government, essential kings of Japan) who returned the powers to the imperial family of Japan in 1868, was Tokugawa Yoshinobu, one of the younger brothers of Yoshiatsu. Later this year, Yoshiatsu died of illness at the age of 37.

Yoshiatsu was born in 1832 as the eldest son of Tokugawa Nariaki, the lord of Mito Province renown for establishing the great garden of Kairakuen and educational center Kodokan in Mito City. Nariaki had three daughters before having Yoshiatsu, so he was a long-awaited son for the Mito lord’s family because only boys were allowed to succeed the position of land lord. His childhood name was Tsuruchiyomar0, meaning long life and elegant like a Japanese crane (Japanese upper class families used to use childhood names until they reached adulthood).

When Yoshiatsu’s father, Nariaki, carried out political actions to oppress Buddhism and promote Shintoism in the Mito Province, the Shogunate (central government in Edo, today’s Tokyo) ordered Nariaki to step down from the lord of Mito and be under house arrest. As a result, Yoshiatsu became lord of Mito Province in 1844, but he was still 12 years of age at this time, so officials were appointed to lead the province government until 1849.

In 1864, the Mito Rebellion (also known as the Tengu Clan Rebellion) occured, where Mito Province samurai soldiers rose in opposition to the Shogunate, supporting the imperial family and policy to expel foreigner powers from Japan. At first, Yoshiatsu supported this movement, but when the Shogunate ordered strong measures to suppress the rebellion, Yoshiatsu sided with the Shogunate. The rebellion was eventually stopped, but this left confusion and anger among some Mito officials. Conservative parties (called Shosei party in Japanese) rose to power after the this rebellion, but in 1868, Tokugawa Yoshinobu, Yoshiatsu’s younger brother who had already been appointed as the 15th and final Shogun, advised him that the conservatives should be controlled. Yoshiatsu agreed to this advice, but the survivors of the Mito Rebellion carried out extreme retaliation, killing not only the families of the conservatives but also those who held neutral stances.

In the final years of his rule of Mito Province, Yoshiatsu’s had a difficult position in between the radical Tengu party and the conservative Shosei party. At one point, Yoshiatsu answered “Yokarou” (“That seems well” in Japanese) to all queries, so he was called the “Yokarou-sama” (lord-Yokarou) behind his back (yes-man).

Yoshiatsu died a few months after the return of power to the imperial family by the Tokugawa Shogun family. He always worried about his younger brother, Yoshinobu, who became the last Shogun, and Yoshinobu always had his original Mito family in mind, frequently communicating with his brother and sometimes dispatching officials of the Shogunate to help the Mito Province.

Who is Tokugawa Nariaki? Father of the last Shogun

Why did Tokugawa Yoshinobu become Shogun? The 15th and final king of the Tokugawa Shogunate

Tokugawa Yoshinobu (1837 – 1913) is a very well known figure to the people of Japan for being the last Shogun (top of th...
Advertisement
Who is Tokugawa Nariaki? Father of the last Shogun
[BuraTamori] Nagoya – City of the Castle built by Ieyasu