The 2016 June 10th and 17th, broadcast of Japanese TV show, BuraTamori was about Nagoya City of Aichi Prefecture, Japan.

“Owari-Nagoya prospers thanks to Ieyasu?” 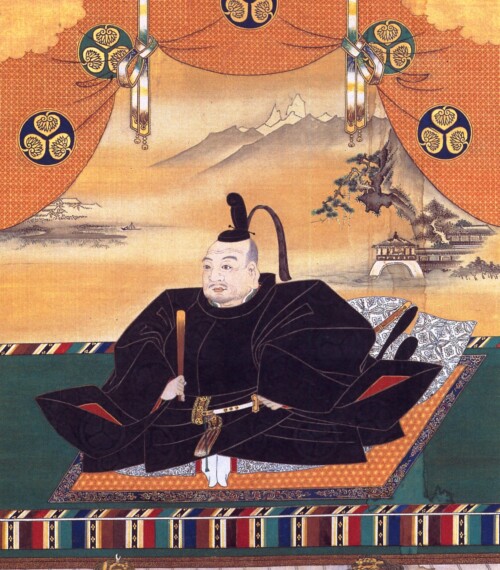 Tokugawa Ieyasu is one of the most famous samurai lords of Japan, who united Japan after more than 100 years of war and division. He started the Edo period which lasted for more than 250 years. During this whole 250 years, the Tokugawa family starting from Ieyasu continued to rule Japan as Shogun, the head of all samurai.

He was born in the Owari region, which includes Nagoya. This is why the city of Nagoya is also referred to as “Owari-Nagoya”. Nagoya is the 3rd largest city of Japan after Osaka and Yokohama (excluding Tokyo).

The guide of this episode was Professor Aki Yamamura of Kyoto University, and she explains how Ieyasu’s legacy still remains in the prosperous city of Nagoya. The crew also visits the great Atsuta Jingu Shrine that keeps old documents from the times of Ieyasu.

In Buratamori, a special feature of this castle called the “Karamete Umadashi” was explained. This is a secret entrance made in front of the castle gates to let warriors and horses get out without being noticed by the enemy.

The castle town created by Tokugawa Ieyasu has a beautiful cityscape that is organized in a neat grid-shape. Ieyasu made many grids so that each block prospers as a “commercial town”. Before the Nagoya Castle was made, there were more people in a town called Kiyosu to the North of Nagoya. In 1610 when the Nagoya castle was completed, Ieyasu relocated 50,000 people from Kiyosu to Nagoya, creating the thriving cityscape that Ieyasu had dreamed of. In the images below, we can see that the grid made by Ieyasu more than 400 years ago still remains in today’s Nagoya City.

Atsuta Jingu Shrine was founded in 646 and is famous as the main shrine of Nagoya. When Ieyasu was a child, he was actually held hostage for 2 years in a mansion very close to this shrine, for an alliance of his father. After unifying Japan, there is a record that Ieyasu rebuilt a portion of the Atsuta Jingu shrine. 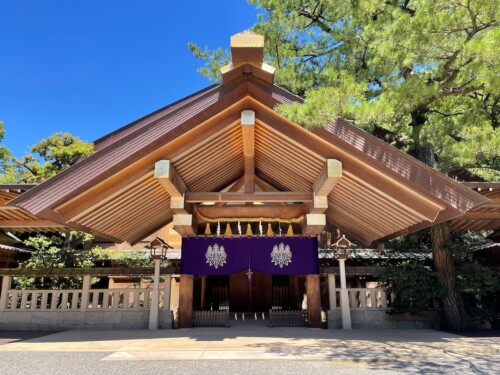 The main object of worship of this shrine is the legendary sword called the Kusanagi no Tsurugi. Also, there are shrines dedicated for important gods of Shintoism, such as Amaterasu Omikami, Susano no Mikoto, Yamato Takeru no Mikoto, Miyasu Hime no Mikoto, and Takeinadane no Mikoto are enshrined.

The Endouji (or Endoji) Shopping Street in the city of Nagoya is a popular site for tourists who want to experience the atmosphere of old-fasihoned Japan. The name of the street comes from the Endonji Temple closeby, but the street name is pronounced “Endouji” although the proper name of the temple is “Endonji”.

Toyota Motor has its headquarters in Toyota City near Nagoya, and many Toyota cars are distributed to the world through the port of Nagoya. Since 1997, Nagoya has been leading Japan in export rankings of manufacturing products such as automobiles, aircraft, and electronics.

The famous host of this program, Tamori was widely believed to dislike Nagoya because of the jokes he made back in the 1980’s. Nagoya is one of the largest cities in Japan, but the residents have a rare dialect that uses the sound “mya” which is rarely used in the Japanese language. Back in the days, Tamori made fun of this dialect and there was a case where an angry Nagoya resident sent a threatening letter to Tamori. However in this episode, Tamori says he has many friends in Nagoya and the Nagoya dialect that Tamori used amazed native Nagoya residents because Tamori is known to be from Fukuoka, a different part of Japan.

The July 20th 2019, broadcast of Japanese TV show, BuraTamori was about the Kushiro Wetlands in Hokkaido, Japan. The ...

The January 30th 2016, broadcast of Japanese TV show, BuraTamori was about the Matsuyama City of Ehime Prefecture, Japan...
Advertisement
Who is Tokugawa Yoshiatsu? Eldest Brother of the last Shogun
[BuraTamori] Matsuyama ? How it became the largest city in Shikoku area