The January 30th 2016, broadcast of Japanese TV show, BuraTamori was about the Matsuyama City of Ehime Prefecture, Japan.

“How did Matsuyama become the largest city in Shikoku area?”

Matsuyama has a Population of 510,000 today, but it used to be just uninhabited plain land. Is this episode, the Buratamori crew searched for the secrets of how this city grew to today’s size. 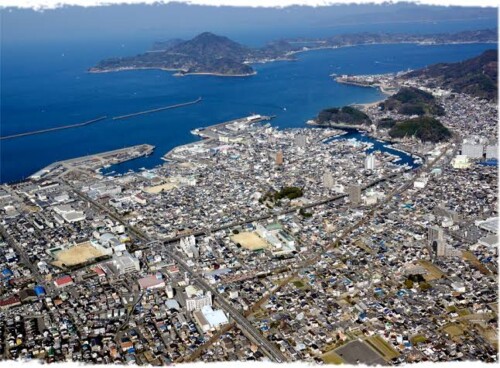 How the construction of Matsuyama Castle changed the city

Matsuyama Castle is on a mountain at the center of the city. It is one of the 12 castles of Japan that remain from the Edo period (1603-1868) or before. Matsuyama castle was built in 1602 by samurai lord (daimyo) Kato Yoshiaki. You can climb up by ropeway or walk about 30 minutes from the bottom. 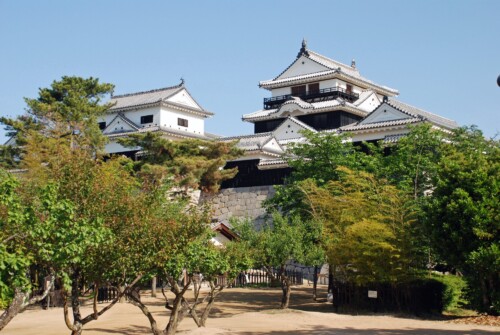 The crew also visited Shinonome Park, just northeast of Matsuyama Castle. There is a height difference of about 2m between the road and the houses across the road from the park. From an old map of Matsuyama, the alignment of the road matches the alignment of earthen walls on the old map. The park is actually a remnant of the walls and canal that used to protect the castle.

Next, they visit Matsuyama Higashi High School on the east of Matsuyama Castle. In this school, Masaoka Shiki, a famous Haiku poet learned until 1878, and Natsume Soseki, one of the greatest writers of Japan taught as teacher from 1890.

One of the reasons why the city of Matsuyama could develop as a castle town was that it was able to overcome the flooding that was a great enemy to human life.

The Ishite River flows on the east side of Matsuyama Castle. The Ishite River has a place that looks like a canyon and has a small waterfall. This place is actually heavily related to overcoming floods in this area.

The rock walls of Ishite River is a trace of hard work that changed the flow of the river by manually shaving the bedrocks of the riverbed for a length of over 200 meters. By this construction, the water that had flowed near Matsuyama Castle changed its way to the south. In the vicinity, tools used for this construction project were excavated. 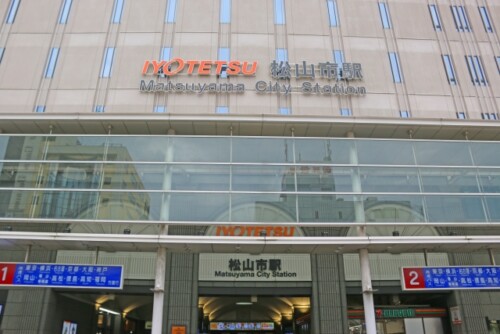 The part of the city called Mitsu is the port town of Matsuyama. Mitsuhama is the name of the port (hama is beach in Japanese). To go from Minatoyama Station on Iyo Railway to Mitsuhama Port, you need to use a small boat to cross the sea about 50 meters. This boat ride is considered as part of the city street maintained by the city government, so you can board for free. 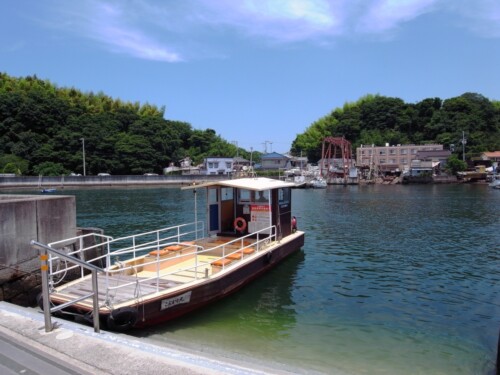 The 2016 June 10th and 17th, broadcast of Japanese TV show, BuraTamori was about Nagoya City of Aichi Prefecture, Japan....